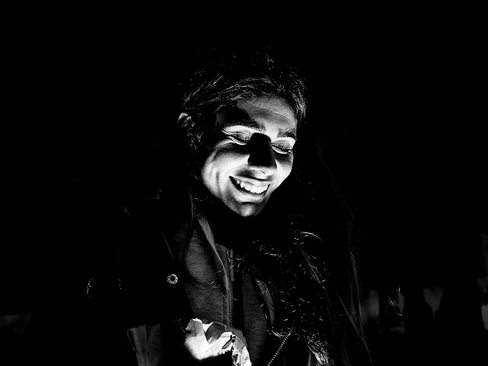 Happiness requires physical energy, so lets study the physics of vibrant energy.
As time becomes increasingly shorter I decided to put up a page with my sleeping recommendations. Along with free videos below.

If you're interested in more targeted recommendations I offer for just $69.99 a month (1st month $109.99) personalized recommendations based on this intake form that includes detailed supplement recommendations, reading, podcasts, etc. That match your interests in achieving whatever health goal you seek. I also follow up with you once a week to see how you're doing with a simple survey to keep your goals at top of the mind of awareness ^_^.
Fatigue sucks hardcore A$$... Yeah, it's ok. I know this is a health website but believe me I put my own character into all of this ^o^. The shitty news is you're likely here because you're experiencing chronic fatigue, "adrenal fatigue", acute fatigue symptoms, brain-fog, high irritability, anxiety or maybe even depression? There are a number of conditions like Parkinson's, addiction, etc. that respond favorably by assessing b vitamin status and then replenishing with the correct end-chain forms as well as checking for genetic compatibility.

P.S. Start slow and do some labs to see your b vitamin status and consider a 23andMe test to see if you have genetic SNIPs that alter your ability to breakdown b vitamins. You can do TOO much of most of the B's. Methyl B12 may be the least prone to abuse or toxicity even in ultra high doses however do not do megadoses without having your status checked in particular for B6 as it can create neuroapthy-like symptoms which ironically is what it can address in high doses as well. Keep in mind that as with any supplement, treat it like a team member that you're just getting to know. Warm up to the supplement and test them one at a time unless under specific conditions that require more.

Selenium is one of the only things that helps correct hyperthroidsim and hypothyroidism.
You need tyrosine and iodine to make thyroid hormones. Know your thyroide peroxidase before taking iodine. only take 1 or 2mg if you have antibodies to thyroid. Iodine influenced salt showed a higher output of hasimotos however once studies further looked into it selenium was deficient in these populations and so selenium status seems to be critical to look at than test very low dose with iodine such as .5 gram of iodine.

Magnesium and Zinc are needed as co-factors for enzymatic reactions. So check RBC magnesium and zinc. The way you replete is by starting with a sequence from B1 all the way to ending with methylfolate. Because if you jump ahead and just take methyl b12 and methyl folate together in presence of oxidative stress you create something called peroxy nitrate which is highly toxic to all cells in the body. For the transport of B12 to enter the cells you need lithium orotate.

MTHFR SNIPS typically means you'll have difficulty breaking down folic acid which leads to a build up of toxic levels which lower your natural killer cells.

Check chemical tolerance before detoxing. Chemical immune-reactivity is the first thing to check before you begin detoxifying.

Adenisol B12 is more for mitochondrial function.
Methyl B12 is once you see someone does well with adenisol b12.
Hydroxy B12 works on improving nitric oxide levels which is important for cardiovascular function.
P-ADMA for nitric oxide status as to hydroxy b12.

Mycotoxin Testing
ERMI test
Herx Me 2 Test
Real Time Labs urine myocotoxin test but do a glutathione test about 30-45 min before this test as it will show whether or not you are burdened by myocotoxins. Consider improving bile flow.

Testing for B Vitamin Status in Humans:


B Vitamin Research of Interest:

Let's Start With Understanding B Vitamins

Cautions. It’s wise to keep a few points in mind when it comes to the use of straight niacin. Niacin may irritate the stomach lining if taken on an empty stomach, so always take it after a meal. If you have problems with gout, be aware that niacin competes with the excretion of uric acid. Thus, large dosages could precipitate a gout attack. The time-released form of niacin has been shown to be responsible for severe liver damage. In general, avoid using the time-released forms of vitamins altogether. I haven’t found any that work well.
Optimal oral hygiene habits. Here are 7 tips that can help keep your pearly whites healthy and the microbiome in your mouth balanced so you can sleep better and prevent greater systemic infections and heart disease.

​Energy Tools: These tools are great for creating a better quality sleep in order to feel more alive each day!


Books: These are all great resources to learn more about how to deepen your connection, expression and expansiveness with your sleep habits.
​

"Sleep is the best meditation."

All contents except quotations © 2009-2017 Body Epiphanies Massage & Nutrition
33-Page Wellness Primer | Chaparral Detox Bath | 45-Page GI-Map White Paper | Bioenergetics Nutritional Poster
Affiliate Disclosure: There are affiliate links throughout our educational material, website and e-mails.
​
If you resonate with all of these free resources, you're invited to effortlessly support us through the links ^_^.